Bull Market Fuel – Americans love the stock market.  Or, at least, that’s where they’ve chosen to stash a lot of their money lately.

According to the Federal Reserve’s latest quarterly Flow of Funds report, shown on the chart below, the proportion of household financial assets invested in stocks has risen to around 62%. 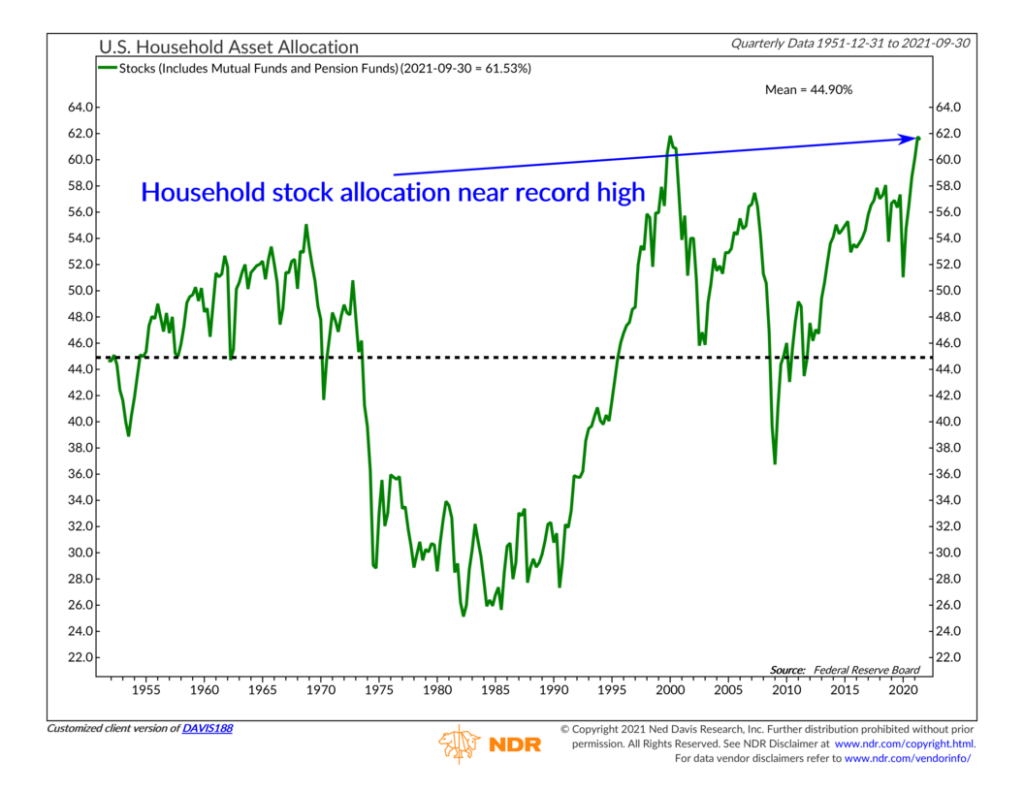 That’s nearly the highest it’s ever been—roughly the same level as the record high set in March 2000, right before the tech bubble burst.

So that seems a bit concerning.  Historically, extremely high stock holdings have been associated with market peaks, and low stock allocations have typically coincided with market bottoms.

But maybe investors are just reacting rationally in the face of historically low interest rates and rising inflation?  I think that argument holds some weight.

Here’s a chart showing the percentage of S&P 500 stocks with a dividend yield greater than the 10-Year U.S. Treasury bond yield.  Currently, it’s about 48%.  That’s well above the historical average of 18%. 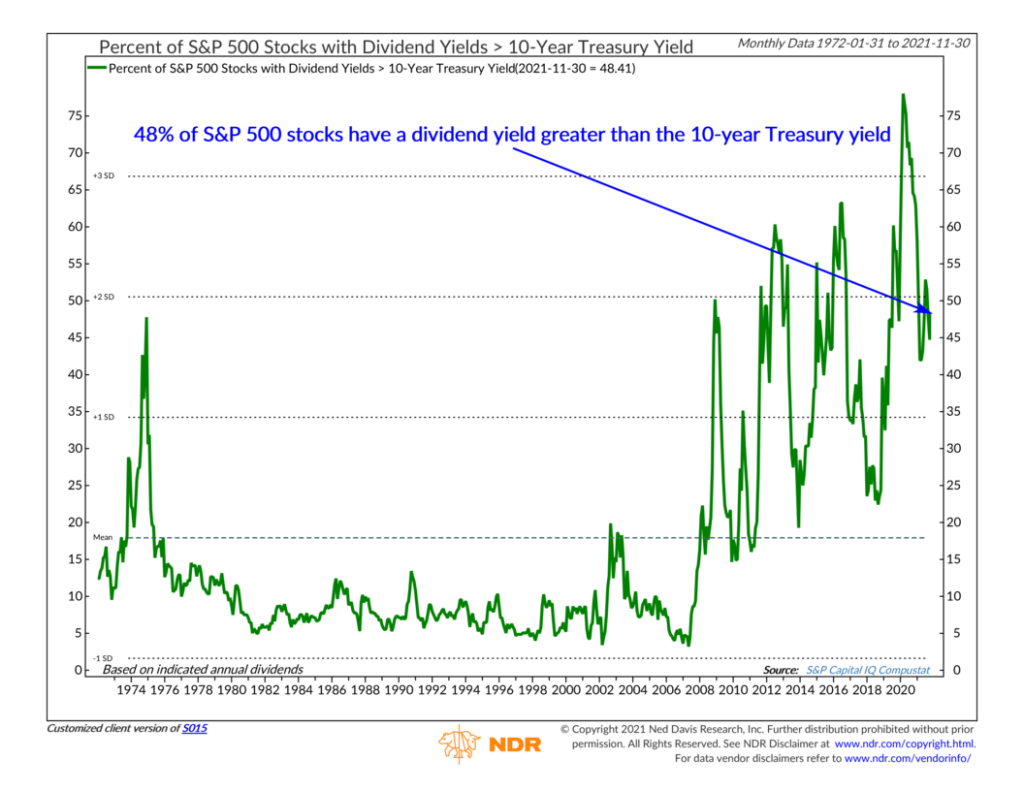 This measure can rise for three reasons: stock prices decline, dividends rise, or bond yields fall.  The latter—bond yields falling—is by far the biggest reason here.  As you can see on the chart, the series rose significantly after the 2008 Financial Crisis, when the Fed lowered interest rates to historically low levels.  This has made dividend yields more attractive to bond yields.

And the message is the same if you look at S&P 500 earnings yields relative to bond yields.  The 10-Year U.S. Treasury bond was only yielding around 1.56% last month, compared to an earnings yield of 3.84% for the S&P 500 stock index.

So, bonds are yielding zilch, and inflation is running hot.  The consequence is that stock yields look a lot better than bond yields, so investors have put more of their money into stocks.

You can’t blame them.  There really is no alternative if you’re an investor looking for yield.

Here’s another example to drive home the point.  The chart below shows that the yield on the 10-year inflation-protected Treasury bond (a proxy for real interest rates) is still around -1%, roughly where it started 2021.

These negative real returns on bonds (and cash) means investors have had to find their yields elsewhere.  For many, that has meant stocks—one of the few assets considered to be a hedge against rising inflation.

The risk, then, is that a more hawkish Fed could throw cold water on the bull market fuel that is low interest rates.  After last week’s Fed meeting, three rate hikes could be possible next year.  If the Fed has to get more aggressive than that in the face of persistently high inflation, it could certainly be an issue for stocks.  But right now, nothing like that is really priced into market—for better or worse.