As for foreign stocks, developed countries fell about 0.6%, and emerging markets dropped 2.2%.

Bonds had a positive week as the 10-year U.S. Treasury yield ticked down to 1.58% (bond yields fall when prices rise).  The biggest gains came in long-term Treasury bonds, which rose around 1.7%.  However, both investment-grade and high-yield corporate bonds had weekly gains of around 0.5%.

As for commodities, they were down for the week, as oil and gold fell about 0.5%, and corn fell nearly 1%.

What’s Changed From Last Year – If I had to use one word to describe the financial markets so far in 2021, it would be rotation.  By this, I mean that in recent months, we’ve seen a lot of the stay-at-home, high-flying growth stocks that did so well last year underperform the more economically sensitive, “old economy” stocks, if you will.

And it hasn’t happened smoothly.  A push-and-pull dynamic has emerged between these growth and value stocks: One day, growth outperforms; the next, value takes the lead.

With that said, however, it does appear that the general trend is favoring value stocks.  The explanation for this lies in a few key things happening right now.

Take rising long-term interest rates, for example.  The U.S. yield curve, which we display here as the spread between the 10-year and 2-year Treasury yields, has been increasing for the past seven months or so.  It is now at its highest level since 2015. 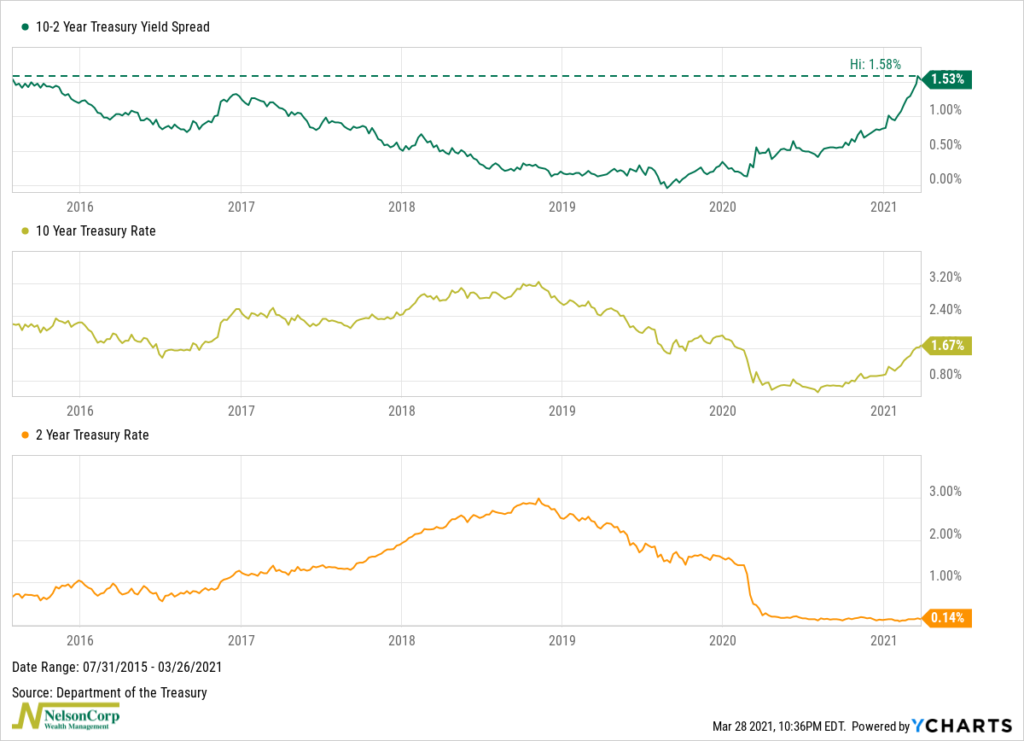 This trend has benefited bank stocks, which are a part of the economically sensitive/value stock cohort.  A rising yield curve helps banks because they lend at long-term rates, which are increasing.  But they borrow at short-term rates, which remain extremely low.  As a result, the S&P 150 Financial Sector has roughly doubled the broader S&P 1500 index’s performance over the past four months. 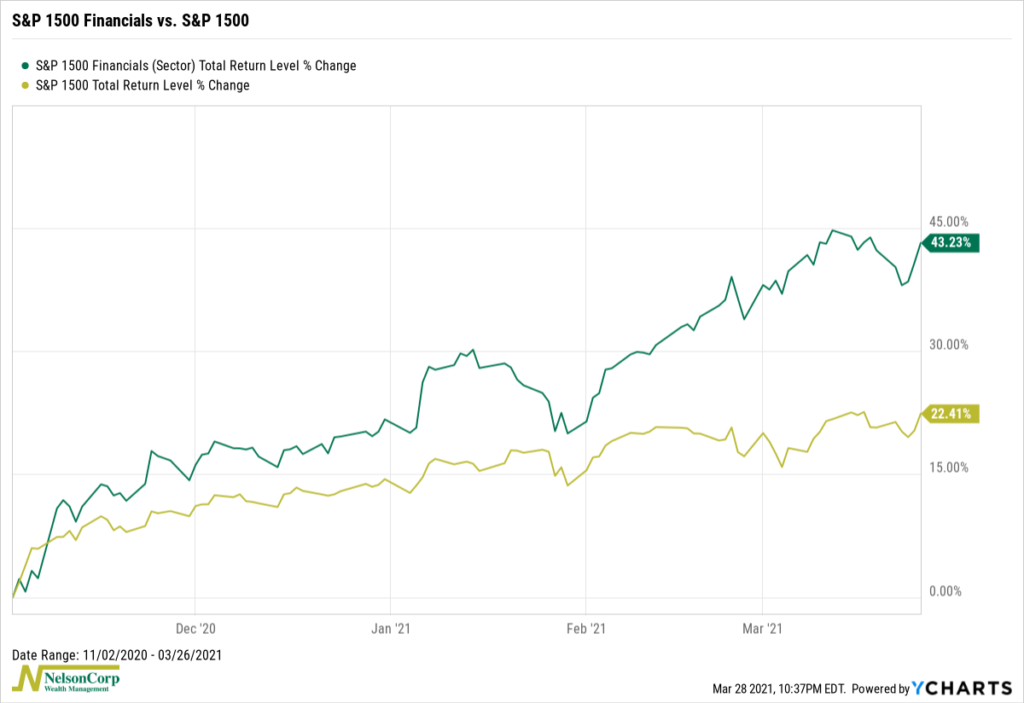 But interest rates are only one piece of the puzzle.  Earnings matter too.  S&P 500 earnings are expected to grow nearly 29% in the fiscal year 2021. 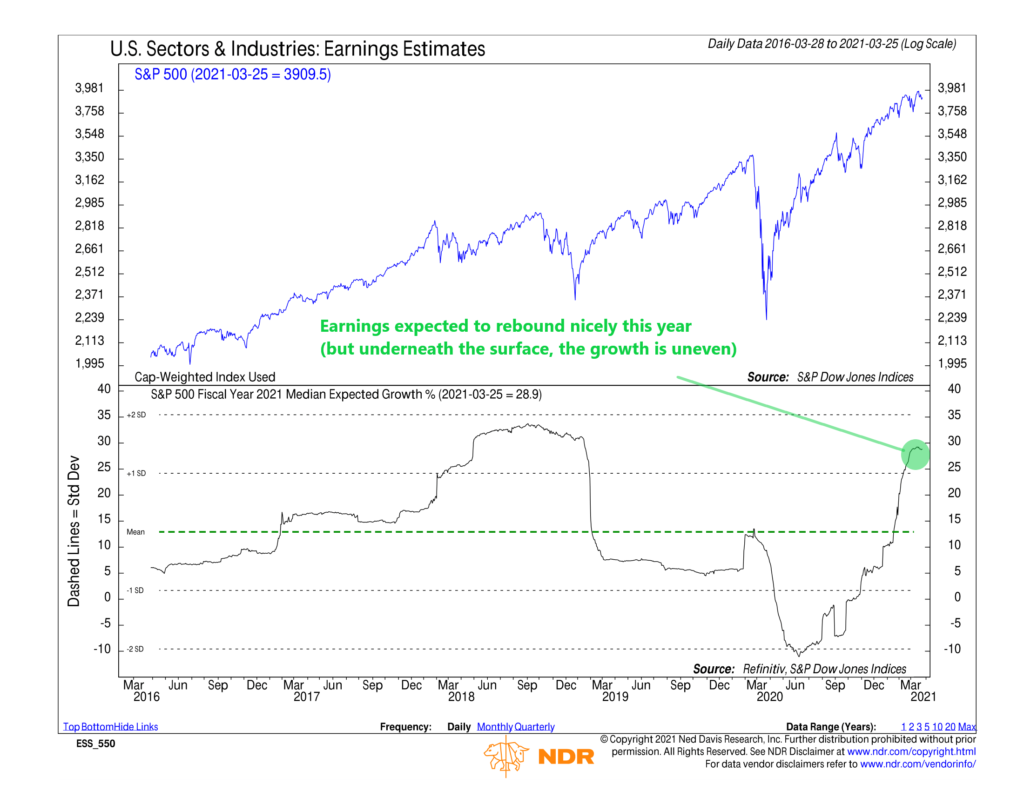 This is good for the overall market.  But at the sector level, expected earnings growth is more uneven.

For example, the Information Technology sector is expected to see earnings growth of around 24%, a lower rate than the overall market.

Meanwhile, Energy is expected to see earnings grow about 163%, Consumer Discretionary about 48%, and Financials matching the S&P 500 at 29%.  These are all sectors that tend to be sensitive to economic growth, and economic growth is projected to increase significantly this year.

It will be interesting to see whether this rotation continues to play out for the rest of the year.  The market is always full of surprises.  But this is currently the trend, and the longer a trend stays intact, the more staying power it has.