Too Far, Too Fast?

The Nasdaq Composite did a little better, gaining 3.39 percent, and the Dow Jones Industrial Average brought up the rear, rising 2.59 percent.

Emerging market stocks had a solid week, up 2.72 percent. Developed country stocks were also positive for the week; however, they lagged the other major markets with a gain of 1.64 percent.

High yield bonds, which tend to rise when stocks rise, were up 0.75 percent for the week.

However, the tick up in interest rates hurt Treasury bond prices, investment-grade bonds, and municipal bonds.

Real estate and commodities both gained over two percent for the week. Corn prices were up over 5.5 percent.

And finally, the U.S. dollar had another poor week, declining nearly one percent. The dollar is down about four percent this year.

Too Far, Too Fast? – The U.S. stock market continues to rally hard. All three of the major U.S. stock indices have posted positive gains every month since the brutal selloff back in February and March.

The S&P 500 stock index closed out this past month of August with a roughly seven percent gain, its third-largest monthly gain in the past three years. 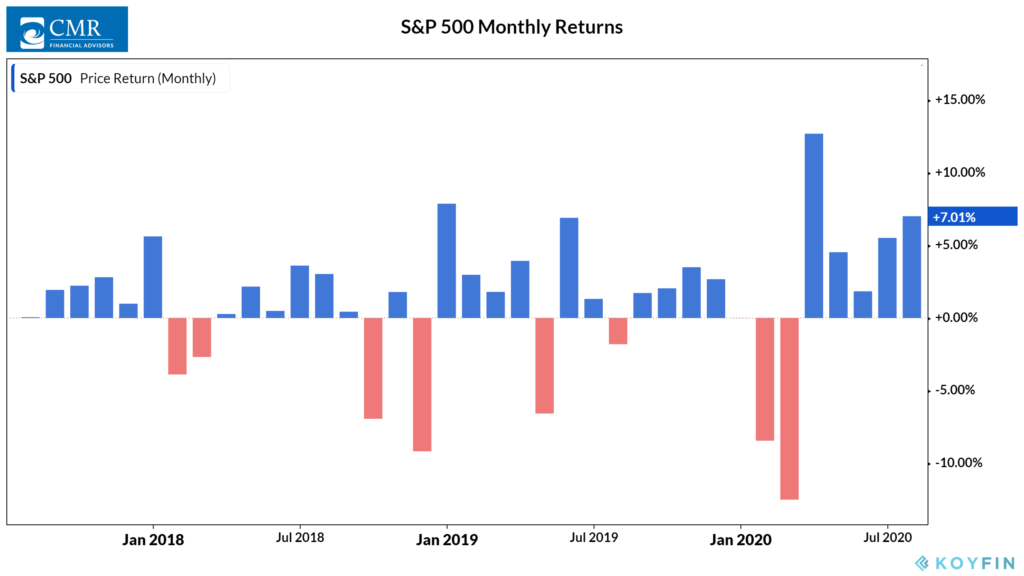 There are some external forces at work driving this market higher. Last week, the Federal Reserve announced that it isn’t going away anytime soon, signaling a commitment to keep borrowing costs in the U.S. low for an extended period.

We don’t like to fight the fed, and we like to stay on the right side of a bullish trend.

However, we also like to keep our eyes open to the potential risks that lurk behind the scenes, such as an overbought market.

The 14-day Relative Strength Index is an indicator that we’ve mentioned in the past that warns when stocks have reached overbought levels. It is now solidly in overbought territory. 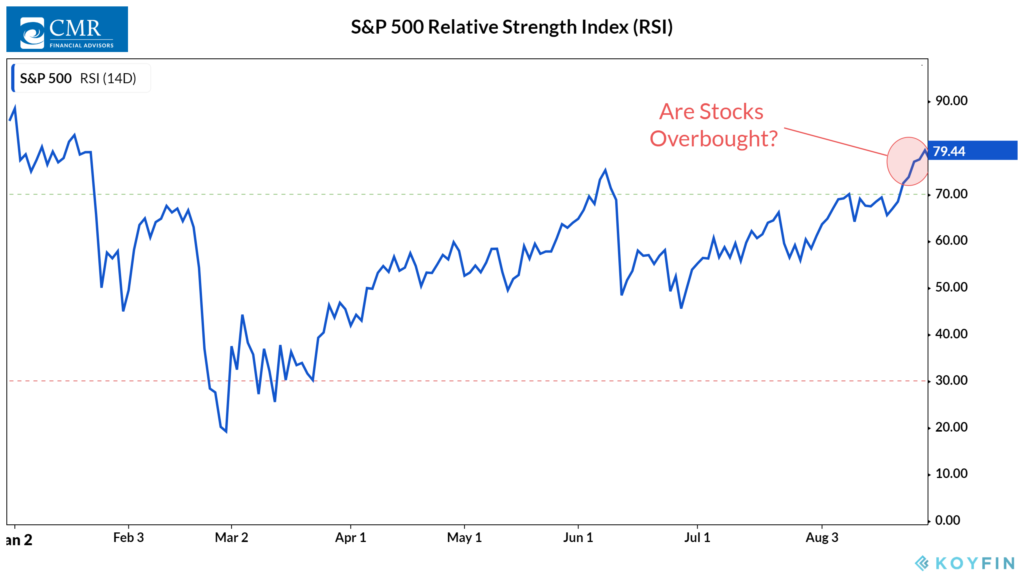 Additionally, the chart below shows the rolling 6-month returns of the S&P 500 stock index. It shot up like a rocket a few weeks ago but has since hit a zone of resistance. 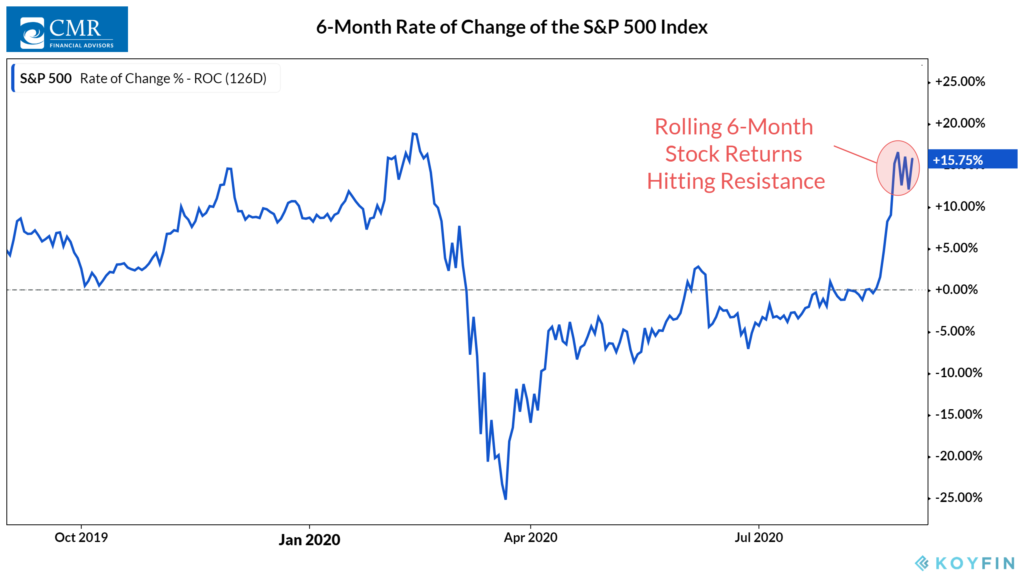 We track some more in-depth indicators that analyze these types of sharp moves upward in price, and they have begun to flash warning signals lately that stocks are getting more vulnerable for a pullback. Indeed, a composite of these “mean reversion” type indicators are on a negative signal.

So, from a pure price standpoint, stocks are starting to look like they’ve bitten off more than they can chew.

However, our models are giving the intense price action of the market the benefit of the doubt. When the trend is strong, it dominates most other concerns.

We don’t see a need to take action until stock prices reverse and move in the other direction. At that point, we would begin to see some material deterioration in our stock outlook.

The post Too Far, Too Fast? first appeared on NelsonCorp.com.