The Trend That Keeps on Giving

U.S. stocks performed well on a shortened holiday week. The S&P 500 Index closed at a record high, gaining 2.27 percent. The Dow Jones Industrial Average rose 2.21 percent, making the news when it closed above 30,000 on Tuesday. And the Nasdaq Composite did the best of the three major indices, gaining 2.96 percent for the week.

Longer-dated U.S. Treasury bonds fell about 0.8 percent, as the 10-year Treasury yield ticked up to about 0.85 percent from 0.83 previously.

The 6.5 percent gain in oil prices helped push commodity indices higher for the week. Gold, however, fell about 4.7 percent.

The U.S. dollar weakened about 0.68 percent.

The Trend That Keeps on Giving – Oh, how quickly sentiment swings in the stock market!

Just a month ago — before the election and the first Covid-19 vaccine announcement — the environment was thick with uncertainty and, perhaps, fear.

Fast forward a month, however, and one could make the argument that euphoria has taken over. Optimism, as measured by a composite of daily sentiment indicators, is approaching levels not seen since the end of 2019.

The recent performance of stocks versus bonds aptly paints this picture. Long-term Treasury bonds, which investors flock to in times of fear, have returned exactly zero percent over the past month. Stocks, on the other hand, have surged nearly 7.5 percent. The “risk-on” trade, it appears, is the new theme of the day. 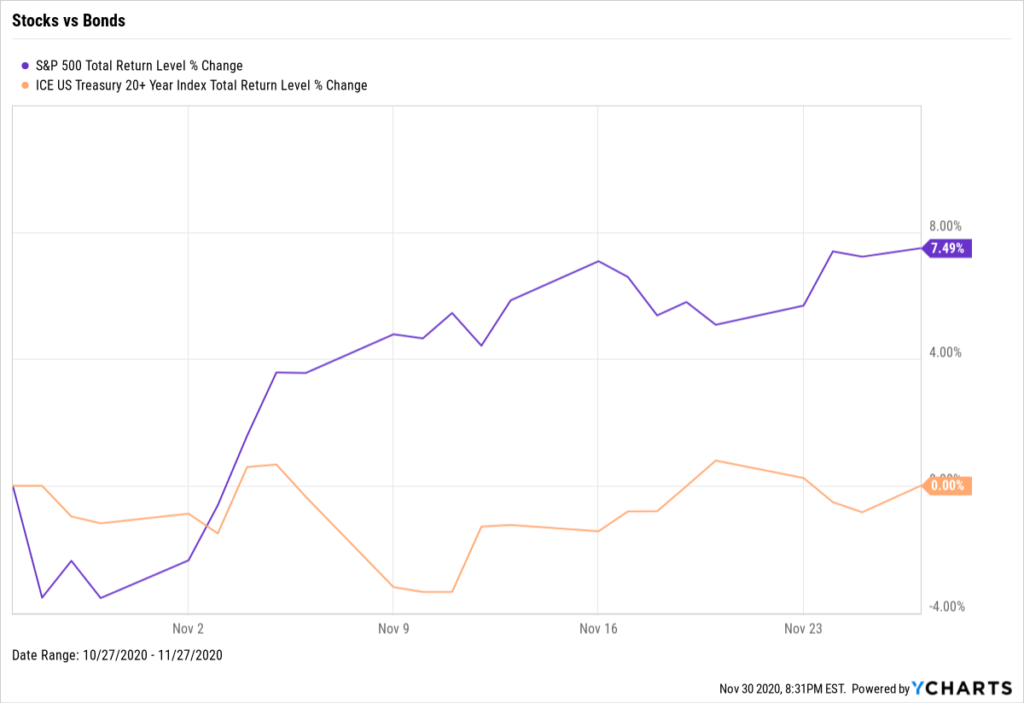 But, despite one-sided sentiment, the environment is still quite bullish. In fact, the stock market’s price action — what we call “the trend” — is like the gift that keeps on giving.

For example, we’ve seen improvements lately in the market’s financial sector, mostly related to the recent resurgence in economically-sensitive value stocks that trade at a discount to the market based on earnings. 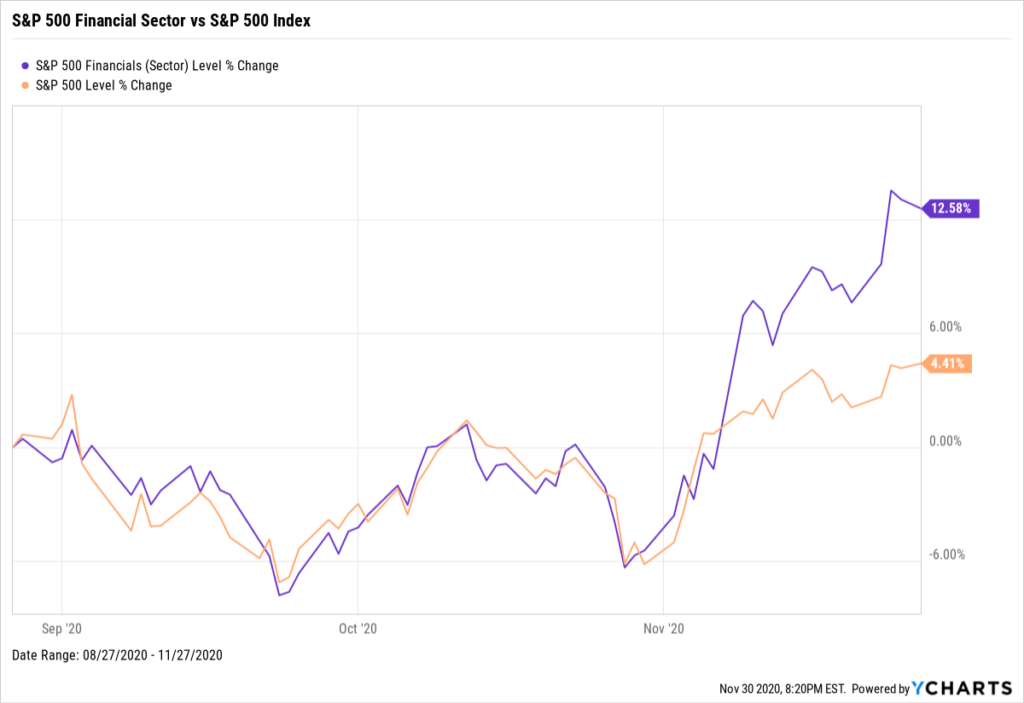 If this trend continues, it will be even more bullish for stocks going forward.

The Trend, as they say, is a good friend to have.

The post The Trend That Keeps on Giving first appeared on NelsonCorp.com.