We saw a lot of green across the board last week, as the majority of asset classes that we track ended in positive territory.

Large-cap and growth stocks led the rally, made evident by the S&P 500’s gain of 0.73 percent.

Although the yield on the 10-year U.S. Treasury note rose sharply on Thursday, by Friday, it had come back down and ended the week lower, settling around 1.827 percent.

Bonds reacted favorably to the drop in yields, but real estate dropped about 2.7 percent.

Similar to last week, the U.S. dollar dropped roughly half a percent, while commodities rose another 1.5 percent or so.

RO/RO Row Your Boat – We are starting to see some signs that the global slowdown is finally easing a bit, particularly in China. Factory production and consumer spending improved in November for the world’s second-largest economy.

In the United States, manufacturing remains in a slump. But the service sector has shown resilience, and the consumer is still spending.

Although retail sales rose less than expected in November, the year-over-year trend was up 3.5 percent, a better pace than earlier this year.

This is all good and well. But to give us more confidence in the economic data, we like to look for confirmation in some of the indexes, sectors, and asset classes that have strong, stable correlations with the global stock market.

We call this a Risk-On/Risk-Off analysis (or RO/RO for short) since it gauges the relative risk tolerance in the investment landscape.

For example, when the technology sector is doing well relative to its recent past, global stock markets tend to do well.

Indeed, the global technology sector has been above its 50-day average price since October, and the broader global market has been doing well.

However, there are other areas outside of stocks that we look to for confirmation.

High yield bond prices tend to be a proxy for increased risk-taking, and they have a strong correlation with global stock prices.

Near the end of November, high yield bonds rose above their 50-day average price. They have even accelerated quickly since the start of December. This is a good sign that investors have increased their appetite for risk. 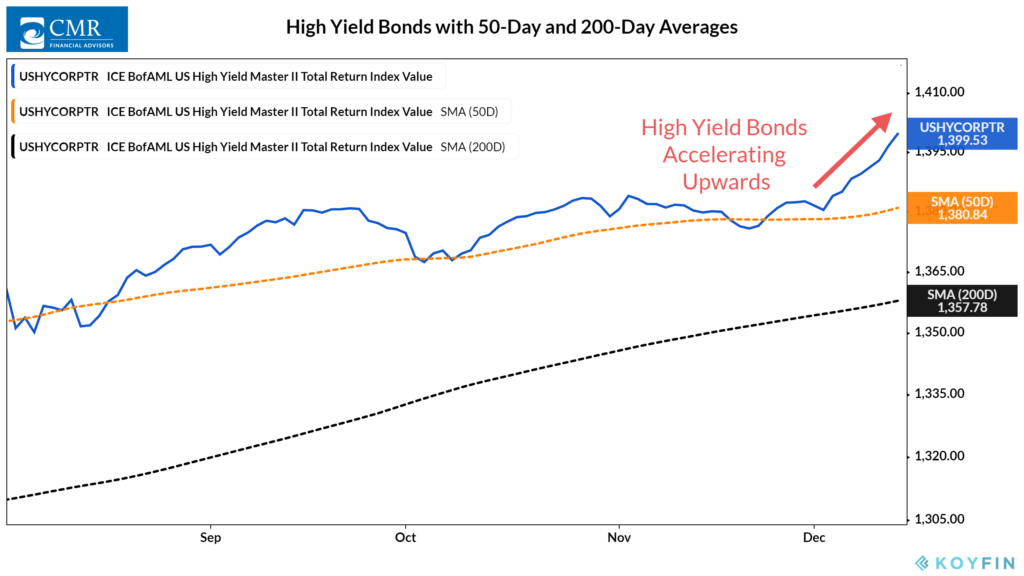 High yield bonds and the technology sector represent Risk-On investments, as they are positively correlated with global stocks and thus risk-taking.

But what about the other side of the ledger, the Risk-Off component?

Some of the Risk-Off components are currencies, such as the Japanese yen. The yen is considered a safe haven as it tends to appreciate during times of economic distress. For example, during the financial crisis of 2008, the yen appreciated by more than 20 percent.

Recently, however, the U.S. dollar to Japanese yen ratio has been rising. In other words, the yen is underperforming. 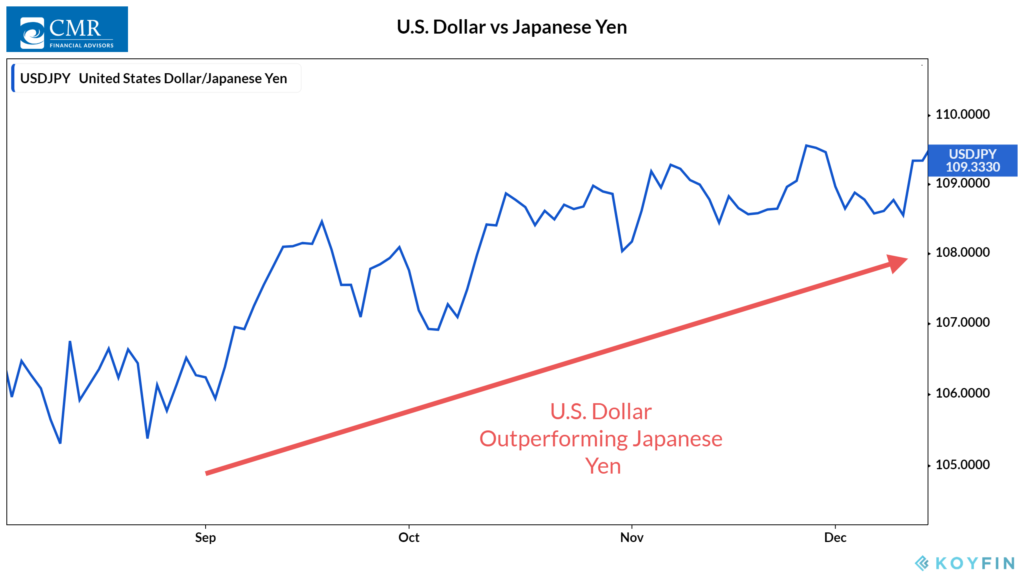 Once again, this a sign that investors are beginning to embrace risk, and are less concerned about the global slowdown getting worse in 2020.

The post RO/RO Row Your Boat first appeared on NelsonCorp.com.