Bond yields picked up, with the 10-year Treasury rate rising to 3.6% from 3.5% the week before. Intermediate- and long-term Treasuries fell 0.4% and 0.6%, respectively. Investment-grade corporate bonds dropped 0.3%, and high-yield (junk) bonds decreased 0.2%.

There really was nowhere to hide, with real assets mostly in the red as well. Real estate fell 2%, and commodities dropped 2.4% broadly. Oil was the biggest loser of the week, down 10%. Gold, however, notched a slight gain of 6 basis points. And finally, the U.S. dollar strengthened about 0.5%.

Rejected – The S&P 500 stock market index was in for a rude awakening last week as it attempted to permanently break through its 200-day moving average.

Investors had been eagerly anticipating a breakout, but hopes were quickly dashed as the benchmark index was resolutely rejected at the key technical level, shown below.

Now, that’s not to say that the current rally is over. But it’s hard to argue against the fact that the 200-day moving average has proven to be a formidable barrier this year.

But why did the stock market seemingly lose steam here?

It might have something to do with an interesting relationship between the VIX Index—a measure of stock market volatility—and the S&P 500 Index.

Historically, these two are often inversely correlated, meaning that when one goes up, the other tends to go down. This makes sense since the VIX is a good measure of investor sentiment, and investor sentiment tends to be wrong at the extremes. 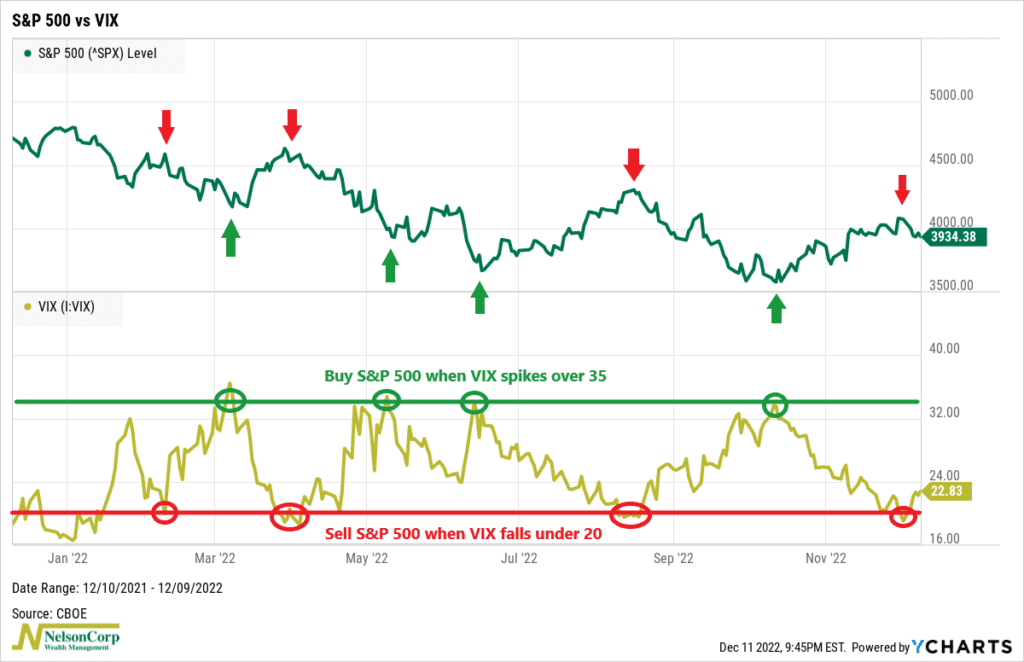 The VIX recently dropped below 20 when the S&P 500 touched its 200-day moving average. And now it’s rising from a low level. The double whammy of hitting a key technical resistance level alongside a low but rising VIX has acted as a headwind for stocks.

Looking ahead, the next potential “VIX buy” signal would come if we see the VIX spike back up near the 30-35 level. From there, however, it would make sense to look at a variety of factors and indicators—including key technical levels in the S&P 500—to determine whether a sustainable rally is underway.

Use the form below to get in touch with us.