Looking for a Volatility Spike

It was another rough week for the U.S. stock market. All three benchmark stock indices posted losses. The S&P 500 declined 4.8%, its worst week since mid-June. The Dow Jones Industrial Average lost 4.1%, and the Nasdaq Composite slid 5.5%.

In the commodity space, crude oil pulled back 1.7%, and gold prices slipped 2.6%. Overall, commodities were down about 1.5% for the week. Real estate prices plummeted by over 5.5%. And the U.S. dollar strengthened against the world’s major currencies by around 0.7%.

Looking for a Volatility Spike – The selling continued on Wall Street last week. The S&P 500 plummeted 4.77%, its fourth largest weekly drop this year.

In our last commentary, we talked about how the market could decline further if it fails to climb above the “right shoulder” of its head and shoulders technical pattern. The key level to watch was roughly 4200 on the S&P 500 index.

But not only did the market fail to reach that level last week, but it also went on to decline below the other important level of 3900 for the index. With that level of support no longer in place, revisiting the mid-June lows suddenly seems like a genuine possibility. 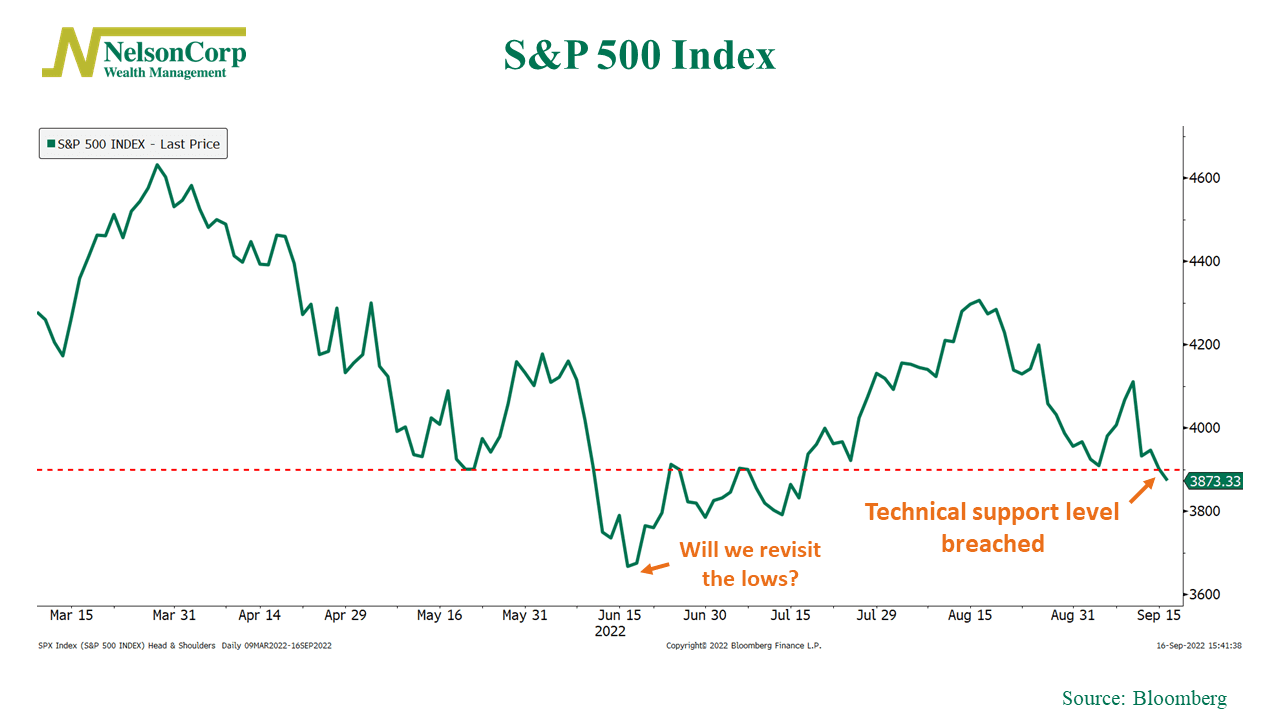 Why the lack of support? The CPI report, released last Tuesday, is an obvious culprit. The year-over-year headline inflation number came in lower than the previous month, which was good. But core inflation—which strips out volatile categories like food and energy—unexpectedly picked up to 6.3%. 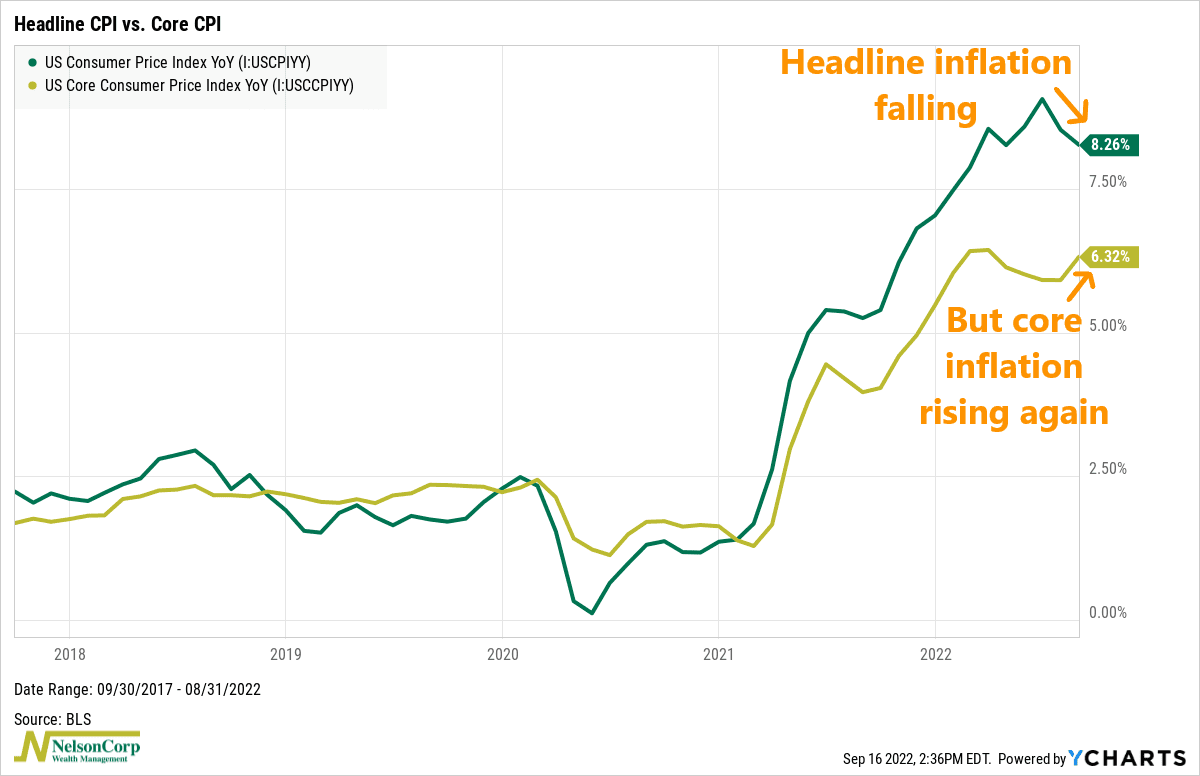 In Friday’s Chart of the Week blog post, we discussed why core inflation was hotter than expected. In a nutshell, it’s because services inflation won’t stop climbing. This includes stuff like rent and housing prices, which are far more likely to stick around longer than volatile things like food and energy—so that’s concerning.

On the other hand, however, we did point out some potential good news in our Indicator Insights blog post. The indicator we highlighted showed that headline inflation is in a new zone of high but falling inflation. Historically, this has been a more favorable environment for stock returns.

The positive message from that indicator has led to an improvement in our overall composite of inflation indicators. While just barely neutral, the composite has climbed out of the deeply negative reading it’s been in all year. However, we’ll need to see if this can improve further in the weeks and months ahead before we can be sure that inflation is indeed no longer an issue for stocks. 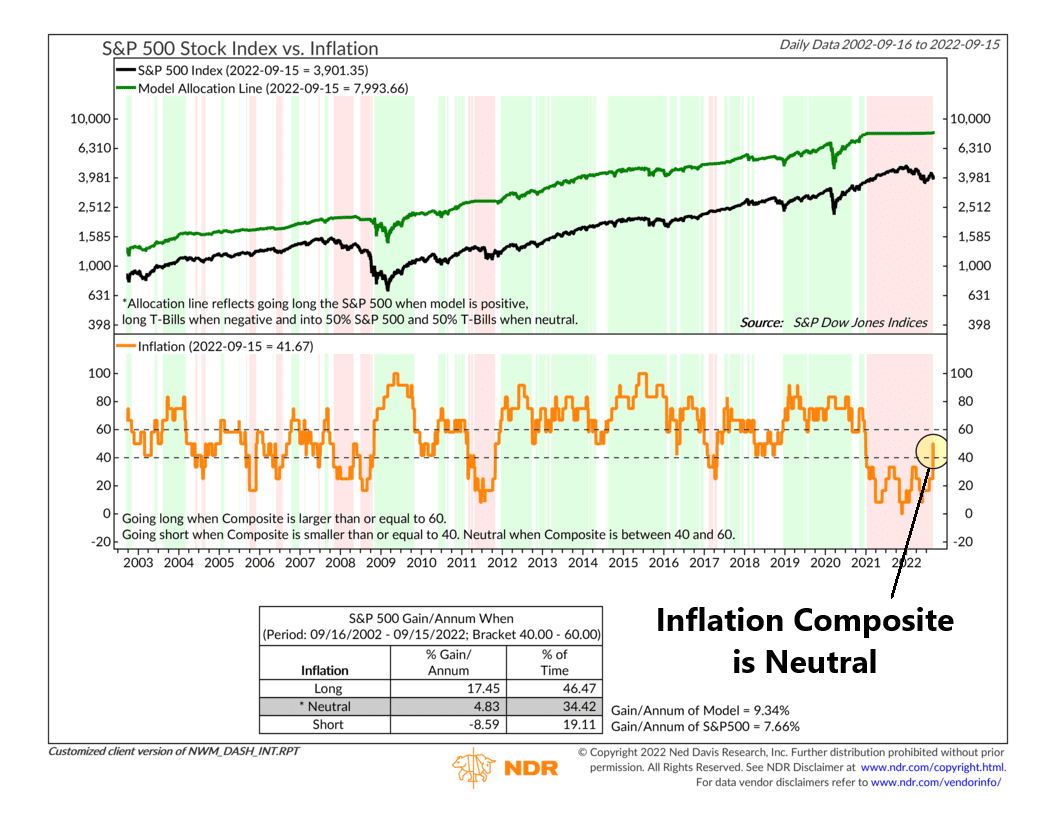 Finally, let’s revisit the price action. One area that I’m watching is volatility. Particularly implied options volatility, as measured by the VIX index. Historically, when the market is selling off aggressively, we tend to see the VIX spike at least one standard deviation above its average—sometimes even higher. 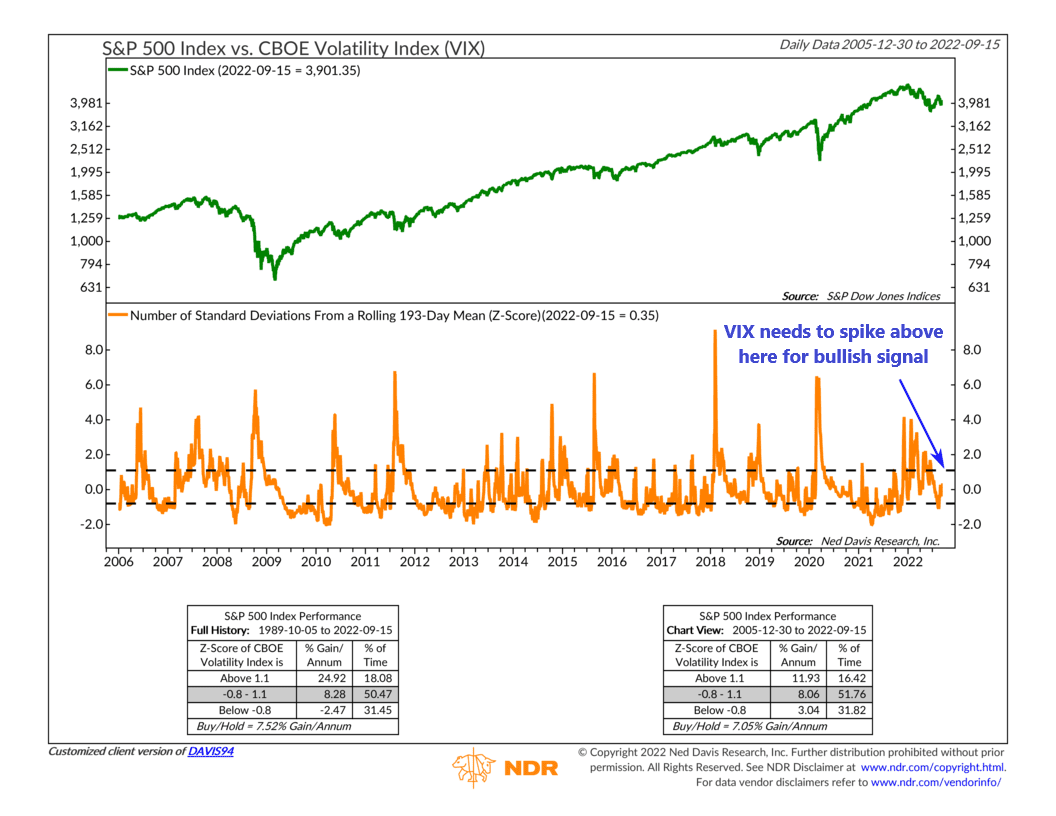 The bottom line: History says it pays to be cautious until we see a more pronounced spike in implied volatility or “fear” among investors.

The post Looking for a Volatility Spike first appeared on NelsonCorp.com.