The U.S. stock market had another good week, with all the major indices ending in the green.

The S&P 500 index, which represents the 500 largest companies in the U.S. by market capitalization, rose 1.58 percent. The more tech-heavy Nasdaq Composite did even better, rising 2.21 percent.

Bonds were relatively muted across the board, as intermediate-term interest rates ended the week roughly where they started.

On the longer end of the curve, however, the U.S. Treasury Department sold 30-year bonds at a record low yield of 2.061 percent.

Real estate had the biggest week of all the assets that we track, notching a gain of 4.26 percent.

Commodities did moderately well, mostly thanks to the 3.88 percent weekly gain in crude oil prices.

Economic Green Shoots – In 2018, the world economy fell ill and entered into what is known as a global economic slowdown.

The Composite Leading Indicators for 35 countries around the globe–which measures things like the money supply, yield curve, building permits, consumer and business sentiments, share prices, and manufacturing production–fell to levels that indicated a high risk of a global economic slump.

This month, however, those measures improved enough to suggest that a global slowdown may soon be coming to an end.

Global manufacturing has been on an upswing for a few months now, after six consecutive months of contraction.

Similarly, the global Purchasing Managers Index developed by JP Morgan shows a combined reading for manufacturing and services rising for three straight months, and the year-to-year change is now positive.

Stocks have reflected this burgeoning strength in the global economy over the past few months by performing quite well.

Breadth could be better, however. Only about 22 percent of stock markets globally are within 5 percent of their records. 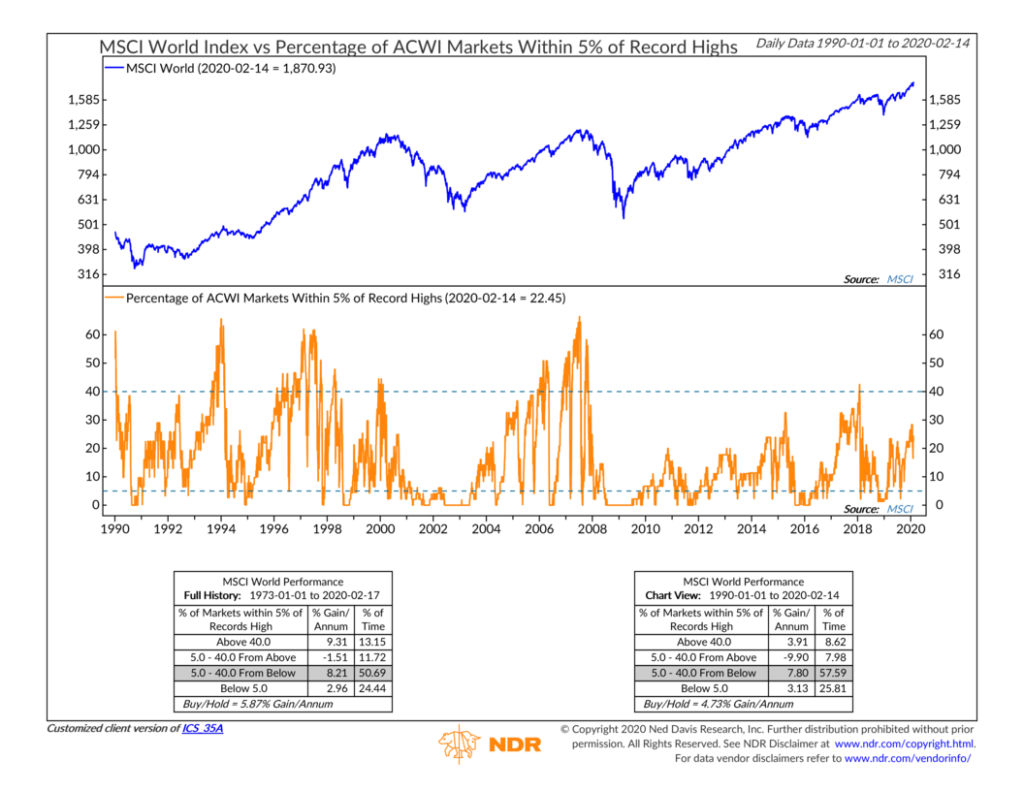 And the global stock/bond ratio, although rising, has yet to break through its previous record high.

To be sure, momentum remains quite high, which is a powerful tailwind for stocks to continue to rise. However, there are signs that it is starting to soften.

The 21-day momentum of the MSCI World Index’s 200-day average price is about one percent, which is bullish, but it has stopped climbing and is currently moving sideways.

And in the United States, an interesting technical formation has developed: a bearish divergence.

Without getting too technical, this essentially means that an indicator that measures momentum (in this case, the Relative Strength Index or RSI) is not confirming the highs set by the stock market. 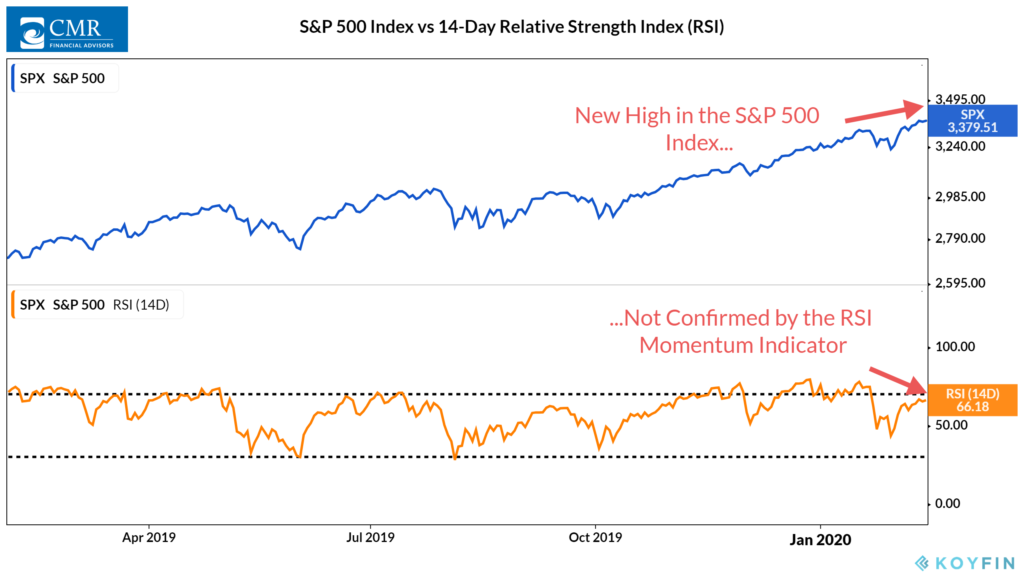 While this generally means that the market has lost its steam, it doesn’t necessarily mean the market will fall a great deal from here. True reversal signals are rare.

In reality, the economic backdrop appears to be improving globally and is moderately strong domestically.

Our outlook towards stocks remains bullish, but given some deterioration in momentum (coupled with stretched valuations and excessive optimism), it is approaching a more “neutral” risk zone.