In a continuation of recent events, small-cap stocks outpaced large-caps by over 3.5% last week.  Additionally, value stocks beat growth stocks by around 2.5%.

After briefly touching 1.18% mid-week, the U.S. 10-year Treasury yield settled around 1.09% by the week’s end, just slightly lower than the previous week’s close of 1.12%.  Intermediate-term bond returns were mostly flat, but longer-dated bonds rose about half a percent.

The recent surge in grain prices helped push broad commodity indexes higher, despite a small drop in oil prices.  Gold, however, fell over 1% for the week.

The U.S. dollar, which has been mostly flat for the past month, rose about 0.87% last week.

An Emerging Trend? – The impact of the Covid-19 pandemic on the global economy has been pretty devastating.  The good news, however, is that a lot of pent-up demand could be released into the economy in the coming years as we move out of the recovery phase and into the expansion phase of the cycle.

The one area we’ve seen this play out is in the commodity space.  Grain prices have surged lately (thanks largely to Chinese demand), and so have energy prices.  In fact, the recent ISM price survey showed not a single commodity moving down in price.  Simultaneously, aluminum, copper, and various steel products were all shown to be in short supply, thus costing more.

The chart below shows the Reuters-CRB Continuous Commodity Index (CCI), which represents an average of 17 commodity prices.  Looking at the past 15 years or so, we see a few instances when the smoothed annual rate of change of the index rose over eight percent: around 2008, 2010-2011, and briefly in 2017.  These periods of high inflationary pressures weighed on U.S. stock market returns, as represented by the Dow Jones Industrial Average. 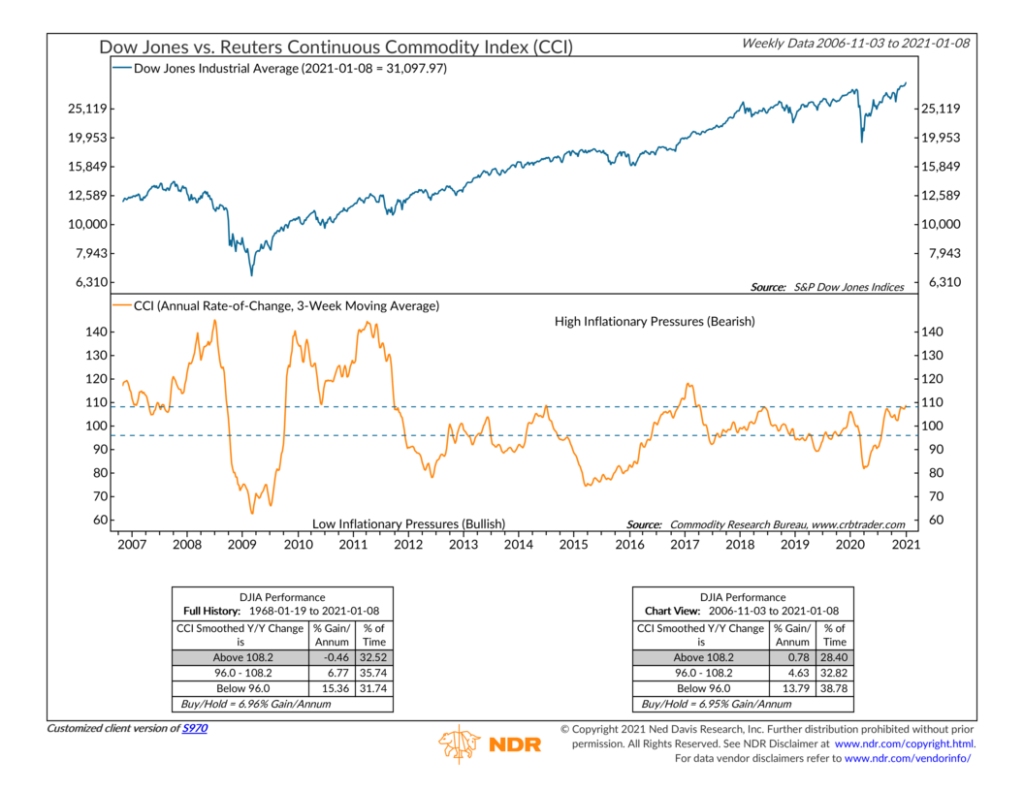 However, rising commodity prices and inflationary pressures tend to benefit emerging or developing market economies.  Many of these economies are resource-rich and dependent on commodity exports, so they stand to benefit from the rising cost of raw materials.

Sure enough, as our next chart shows, emerging market stocks outperformed U.S. stocks on a rolling 1-year return basis during those same 2008, 2010, and 2017 periods, when inflationary pressures were high. 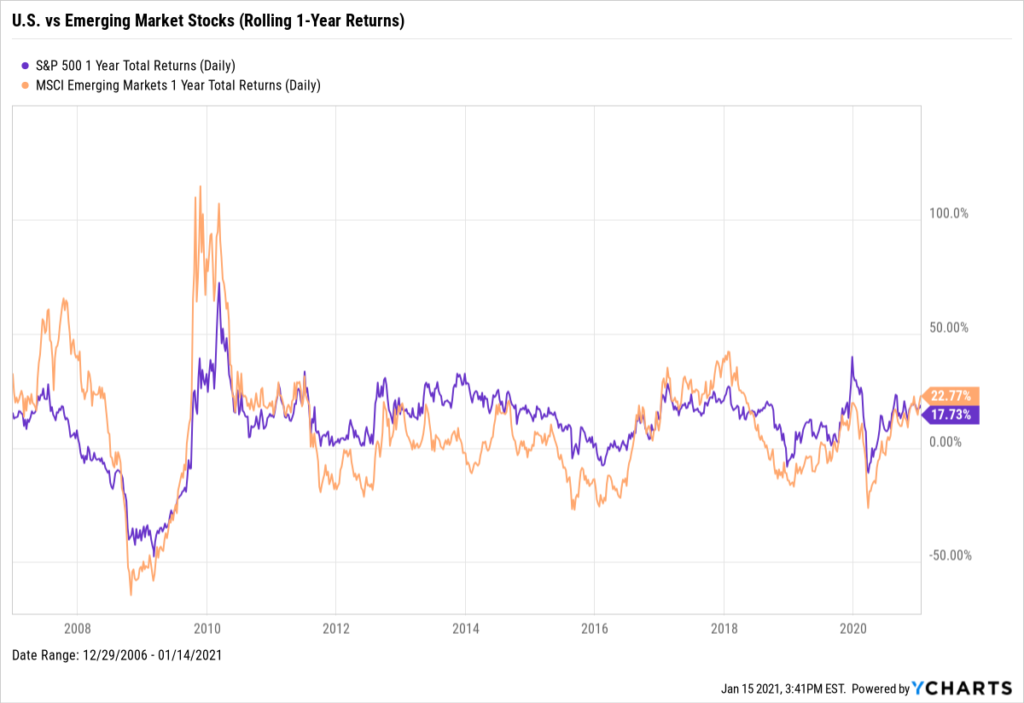 However, these periods of outperformance were short-lived.  And the commodity slump of the 2010s led to a large outperformance gap between U.S. stocks and emerging market stocks. 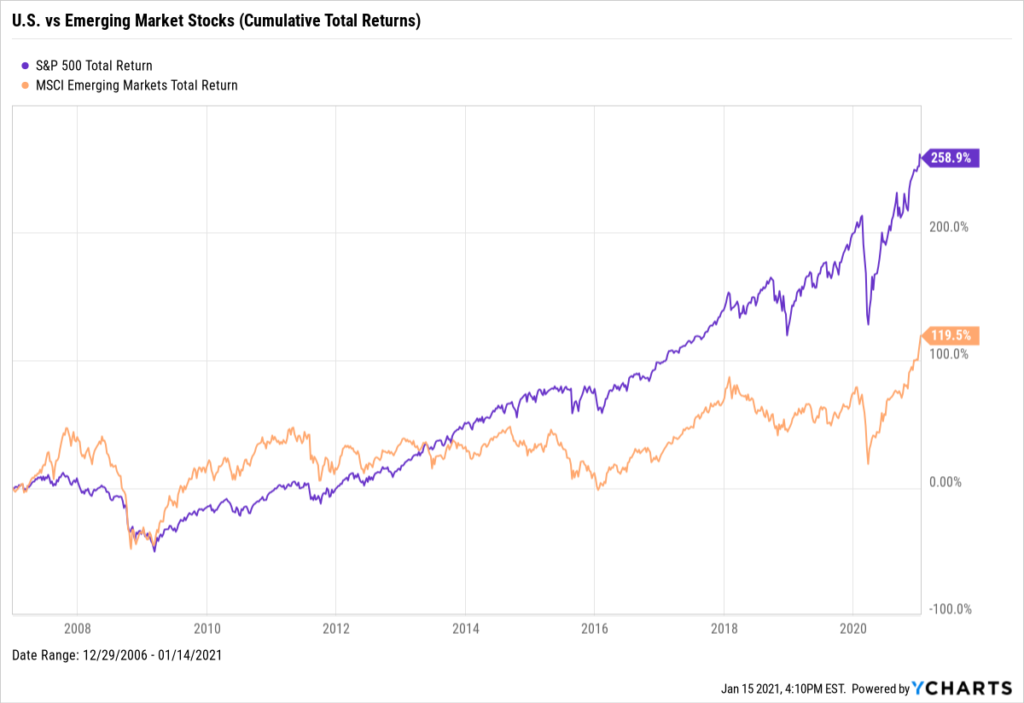 Nonetheless, eventually, things do change.  It’s still too early to know with confidence, but if these emerging trends continue, there could be potential equity return opportunities outside of the U.S. in the coming years.

The post An Emerging Trend? first appeared on NelsonCorp.com.