A Sheep in Wolf’s Clothing?

The tech sell-off continued in the United States last week, with the Nasdaq dropping 4.06 percent.

Volatility, however, actually declined. The VIX (a measure of volatility) dropped back below 30 after rising above it the week before.

Bonds had a good week as investors scampered for safety in haven assets. The 10-year Treasury yield dropped to 0.67 percent from the prior week’s 0.72 percent.

Oil prices continued to break down last week, with spot prices for WTI crude closing around $37 a barrel.

Finally, the U.S. dollar ticked higher by about half a percent for the second week in a row.

The tech-heavy Nasdaq Composite took just three days to go from a new high to a correction (down 10 percent), its fastest decline on record. 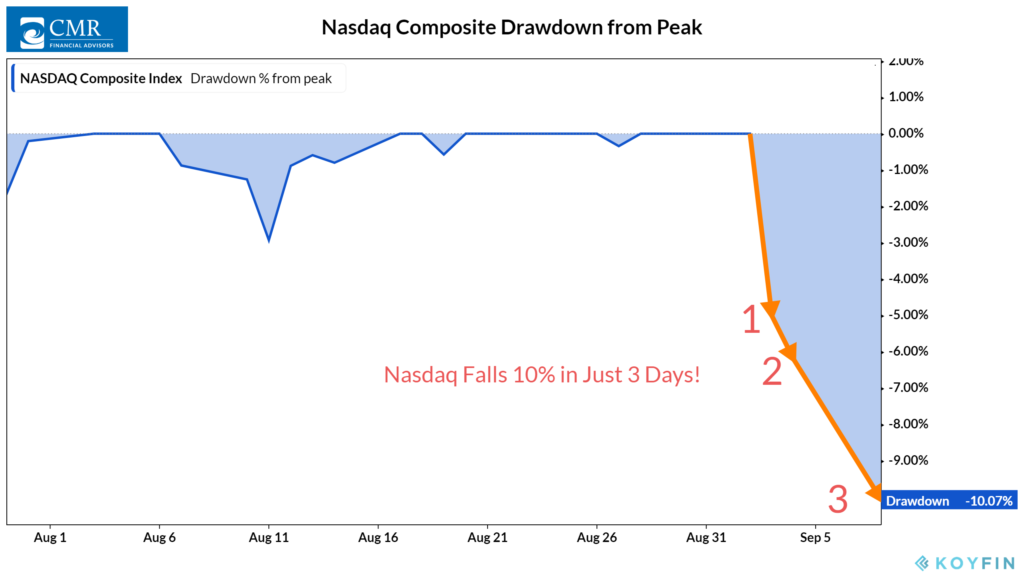 It certainly felt like things had gotten out of hand the past few months. By many measures, this pullback was long overdue for the rip-roaring tech sector.

But what about the broader stock market? The S&P 500 had a 3-day, seven percent decline. Not as bad as the Nasdaq, and not technically a correction. But still a decent-sized drop.

For this to remain a healthy pullback, we’d like to see at least two things happening.

First, the broader market needs to show that it is absorbing the selling pressure and maintaining its bullish trend.

Indeed, at the index level, it appears that momentum is holding up. The Moving Average Convergence Divergence (MACD) indicator applied to weekly S&P 500 returns shows that short-term momentum (while easing) is still outpacing longer-term momentum. 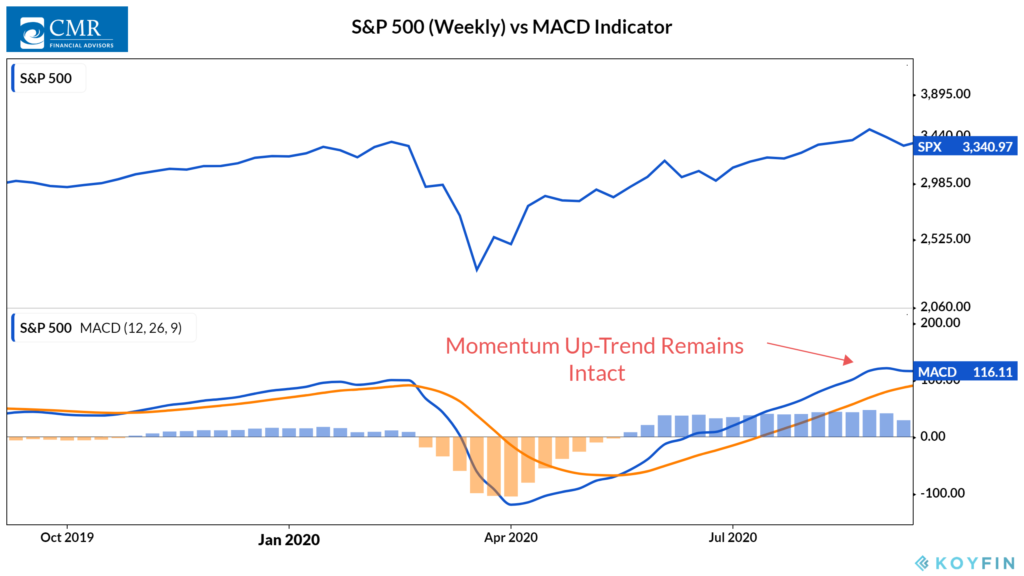 So the trend still lives! For now.

We’d also like to see an unwinding of the excessive optimism that built up over the summer.

A pullback that doesn’t wash the excesses out of the system doesn’t bode well for the stock market’s health going forward.

The news is good here, as well. A composite of sentiment indicators constructed by Ned Davis Research moved out of the excessive optimism zone when the market pulled back.

It still has room to fall further. But at these sentiment levels, we can expect stock returns to be decent going forward.

Altogether, the weight of the evidence remains bullish. We’ll see if Mr. Market has more to throw at us in the coming weeks.

The post A Sheep in Wolf’s Clothing? first appeared on NelsonCorp.com.