The Story Behind the Song: Yankee Doodle 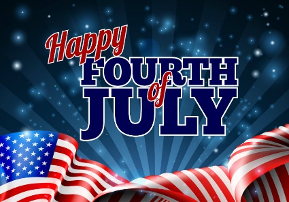 This is a lesson the earliest Americans had to learn too.

Rewind back to the late 1750s.  Great Britain and France were embroiled in the Seven Years War which took place across multiple continents.  One of those continents was North America, where it was locally known as the French and Indian War.

Aside from the first taste of conflict men like George Washington were to experience, this war also saw the introduction of one of the most famous songs in American history: “Yankee Doodle.”

Yankee Doodle sold his cow
And bought him a Commission
And then we went to Canada
To fight for the nation;
But when Doodle he came home
He proved an errant coward,
He wouldn’t fight the Frenchmen there
For fear of being devoured.

I know what you’re thinking: Those aren’t the lyrics to “Yankee Doodle”!  For one thing, they sound pretty mean.  Well, they were supposed to.

At the time, the American colonies still belonged to England.  So, when British troops did battle against the French, American militiamen were obliged to join them.  In fact, they actually made up the majority of Britain’s army – but that didn’t stop the English soldiers, in their immaculate red coats and polished boots, from looking down on the colonials as an untrained, unkempt mob.  From treating Americans different because they were different.

So, how did they express this contempt?  With song.

The melody to “Yankee Doodle” had probably been around for hundreds of years by that point, but the first set of lyrics are thought to have been penned by an aristocratic, British doctor.  Both words, “Yankee” and “Doodle”, were insults in their own way.  “Yankee” is thought to be a variation of the Dutch name “Janke,” which the British used as a derisive term for Dutch settlers.  A “doodle” meant a country hick or bumpkin.  And a “dandy,” of course, meant someone who tried to wear fancy clothes but just ended up looking foolish and conceited.  (The later phrase “stuck a feather in his cap” refers to a man who hopes, by wearing a feather, that he will somehow look more important and fashionable; “macaroni” means a man who dresses in an effeminate way.)

Throughout the war, British soldiers would sing or hum the song, always portraying their American comrades as simple, crude, incompetent, or weak.  I’m sure it must have been infuriating for the Americans who were risking their lives for king and country.  So, how did they respond?

In the best way possible: By making the song their own.

Yankee Doodle is the tune
That we all delight in;
It suits for feasts, it suits for fun,
And just as well for fightin’.

During the Revolutionary War, American soldiers co-opted the song and turned it into a rousing form of patriotism.  British troops tried using the song to taunt Americans at the Battles of Lexington and Concord, only to have it played back at them as they retreated.  Soon, the tune became a kind of anthem for the Continental Army.  Patriots created new verses that mocked the British and praised George Washington.  And when the British surrendered at the Battle of Yorktown – the last major battle of the war – some historians believe the “Yankees” played the tune loudly and often.*

Over the last two centuries, the lyrics to “Yankee Doodle” have changed over and over.  Nevertheless, we will almost certainly hear the song played this Independence Day, like we do every year – because in its own way, it’s as important as The Star-Spangled Banner and as stirring as America the Beautiful.  It’s a song that reminds us that what we look like, sound like, dress like, or think like doesn’t matter.  People may sneer or scoff at our differences.  But at the end of the day – and especially on Independence Day – we define who we are, not anyone else.  And we are all equals.  We are all Americans.  So, remember:

On behalf of everyone at CMR Financial Advisors, wish you a Happy Independence Day!